Why Do I Feel More Energized With Less Sleep? 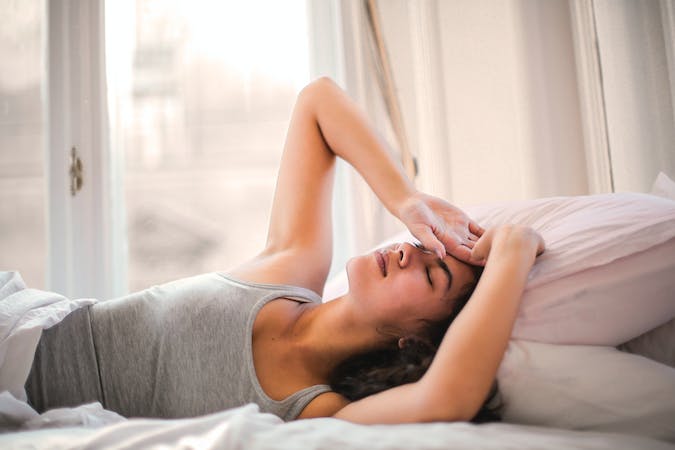 Sleep affects every aspect of our lives, and disordered sleeping is incredibly common. In fact, insomnia is thought to affect between 30 to 48% of older adults. Lack of sleep causes a variety of health issues and its ramifications on our energy levels are widely studied.

Despite this, many people report needing much less sleep each night and some even declare that less sleep keeps them more energised throughout the day. For some, they have a unique genetic mutation that causes a condition known as Short Sleeper Syndrome (SSS). This is thought to affect about 1% of the population. However, for those without SSS genes, being sleep deprived will take its toll on their overall health. Generally, getting less sleep can create more scattered and manic thinking that feels more energised but is much less effective.

The general guideline for getting enough sleep is to aim for 8 hours per night. Despite how some people can survive successfully with very little sleep each night, most people require a minimum of 7 hours each night so that they can function properly. Without enough rest, we build up a sleep debt which can negatively affect bodily functions such as the immune system.

Despite this, after a poor night's sleep, it isn't unusual to feel energized throughout the day. In fact, our reactions can become quicker and more exaggerated if we have not had enough sleep. A study by Marcello Massimini, a neurophysiologist at Milan University, discovered that the brain increases in sensitivity throughout the day. This is because our brain is constantly forming new connections while we are awake. The longer we are awake, the more active our minds become. Scientists believe that this is partly why sleep deprivation has been shown to reduce symptoms of depression.

However, there are negative outcomes of this, too. Poor sleep ramps up stress hormones; decreases cognitive abilities, and increases the likelihood of hallucination. It can also increase the likelihood of seizures. After a few days of not sleeping properly, we can feel like our brains are working at 100 miles per hour.

Sleep cycles are categorised into 4 stages:

Stage 1 is brief and often only featured at the beginning of the night. This is when the body relaxes, the heart rate decreases and the brain slows down. People may not feel fully asleep at this stage, but they are actually going through important biological processes.

Stage 2 is where we begin to lose consciousness of our surroundings. Body temperature drops, eye movements stop, and heart rate and breathing become more regular. The brain produces rapid bursts of activity as it consolidates memories. People may experience random jerks and twitches during this stage.

Stage 3 involves a deeper sleep. Muscles relax and blood pressure and breathing slow. The body heals and repairs itself in this stage. At the same time, the brain filters and consolidates factual information it has taken in throughout the day. It is much more difficult to wake up from this type of sleep.

Stage 4 is REM (rapid eye movement) sleep, known for producing dream states. The body is immobile whilst the brain lights up with activity. This stage is thought to be important for processing and storing emotional memories. The body is paralysed to ensure we don't "act out" our dreams.

A whole sleep cycle takes around 90 minutes to complete. Because of the way our brains gradually prepare for waking, it is clear that waking up during deep sleep has a negative effect on our ability to perform everyday cognitive tasks. For this reason, many sleep experts recommend trying to wake at the end of a sleep cycle, declaring this as more important than the duration of the night's sleep.

The stages of sleep have critical uses for our functioning. When we are sleep deprived, our energy levels and mental health are compromised. We can also observe strange and unhealthy alterations in our hormone levels, such as the stress hormone, cortisol.

Sleep deprivation leaves the brain on a kind of stand-by setting, where we can complete necessary tasks without much thought, but we are not capable of holding much attention or problem-solving. This can spell danger when driving, as sleep debt causes a huge number of car accidents each year. Lack of sleep impacts creativity and alertness, which has a negative impact on our work-life as well.

Short Sleeper Syndrome is defined as an adult being able to get fewer than 6 hours of sleep each night without any negative repercussions. This syndrome presents as regular, shorter sleep patterns with no accumulated sleep debt or need for catching up on rest. For most sleep disorders, treatments such as light therapy are used to help the person gain a normal sleep schedule. However, when it comes to SSS, no treatment is needed as the person does not experience negative side effects from getting fewer hours of sleep.

So How "Normal" is it to Need Less Sleep?

If a person misses out on sleep throughout the week, they may find themselves needing to rest for a long period during the weekend. We can also accumulate sleep debt from having interruptions such as waking from noises or suffering from nightmares. A good night's sleep should be uninterrupted so that a person can wake up feeling fully rested. However, many people suffer from interrupted sleep and therefore complain of struggling to stay awake even after resting for the recommended period.

If a person chooses not to catch up on sleep debt, they may incur lasting harm to their physical and mental health. These include obesity, heart disease, high blood pressure, depression, and diabetes.

Can I Train Myself to Sleep Less?

We all have a biologically pre-determined amount of sleep needed each night. However, if we are oversleeping or wish to increase alertness throughout the day, there are methods we can use to optimise healthy sleep habits.

The circadian rhythm is the body's way of scheduling sleep within the cycle of the day. Daylight helps us wake up and stay alert, whereas darkness has the opposite effect. If a person is not getting enough daylight throughout the day, they are likely to require more sleep, even if they are meeting the necessary sleep requirements. This can be remedied by using a lightbox to help wake up in the morning, or by training towards a sleep cycle that is more synchronised with the time of day.

Other ways to improve the circadian rhythm include not drinking caffeine too close to bedtime, limiting mental stimuli within the bedroom, and creating a sleep schedule so you become used to falling asleep at a set time each day.

One more essential way to reduce sleepiness is to plan around the sleep cycles. We can ensure we don't set an alarm to wake us during a period of deep sleep, as this is will result in feeling slow and groggy for a prolonged period. This is due to the lack of blood flow to the parts of the brain we use when awake, and the fact that the body is going through restorative processes during this stage of sleep. Waking up during deep sleep will possibly result in hitting the snooze button or taking a nap later on.

One way to help the process of natural waking is to set an alarm with a low sound that can keep ringing until we are at a stage of sleep where it is easier to wake up. During deep sleep, we are much less conscious of our surroundings and therefore we require a more shocking alarm. It is best to wake up from a lighter stage of sleep, even if that means getting slightly less resting time overall.

Is Less Sleep Better for You Sometimes?

Missing sleep can be helpful only in some rare cases, such as when we have previously been oversleeping or if we are suffering from depression. Oversleeping is as dangerous as not getting enough, and it carries risks such as cognitive impairment, depression, and increased inflammation. Oversleeping is both a cause and a symptom of depression. In cases such as this, it is important to reduce the sleep cycle to a more healthy routine. However, overall it will cause more harm if we stay awake for too long.

If you have been oversleeping for some time, there are health dangers associated with this. Also, if you are not feeling well-rested after a full night's sleep it is necessary to speak to a healthcare provider. Feeling fatigued after a full night's rest can be a symptom of a sleep disorder or other health condition.

It has only been recently studied that missing sleep can be beneficial for relieving depression symptoms, but the results are very promising. The theory for why this happens is that while we are awake, our brains continually build synaptic connections. For depression, this can cause short-term but astounding relief from depressive symptoms.

Sleeping less than 8 hours per night is something we all end up doing from time to time. The way that impacts most people is by accumulating sleep debt, but usually, this can be remedied with more rest. However, prolonged issues with sleeping have a knock-on effect on our circadian rhythm and general health.

Some people can thrive on fewer than 6 hours of sleep per night but for 99% of the population, it is recommended to stick. to the guideline of 7-9 hours per night for adults.

We can cut down on excessive sleeping by focusing on the sleep cycle and planning to wake up while we are in a lighter stage of sleep, rather than deep sleep. This will help to increase alertness so we can complete our work load more efficiently throughout the day.

When we miss out on sleep, the brain goes into overdrive, leaving us feeling both disconnected from reality and easily startled. We may feel a strange buzz of energy from not sleeping much, but that is because the brain has formed too many connections and requires sleep to filter itself. We are more likely to hallucinate or even have seizures when we are sleep deprived. We also have higher stress levels and a lessened ability to concentrate or problem solve.