What Causes Nepotism in the Workplace? 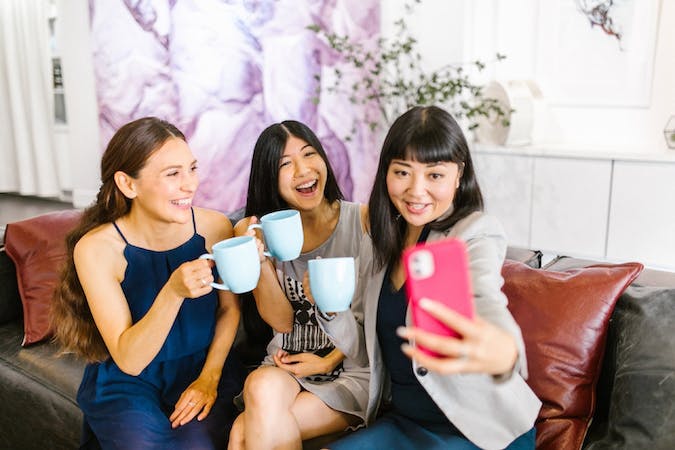 Nepotism in the workplace can be a controversial topic. Some people believe that family members should automatically get preferential treatment in the hiring process, while others feel that nepotism is simply unfair and promotes favoritism. So what are the main causes of nepotism in the workplace? And why do some organizations allow it to happen? Read on to find out.

What Is Considered Nepotism in the Workplace?

Nepotism is defined as favoritism granted to relatives regardless of merit. This form of nepotism can be seen when someone is hired, promoted, or given advantages based on their family ties rather than on their qualifications or experience. For example, a manager may give a family member more flexible work hours, a larger salary, or better assignments.

While nepotism is not illegal, it can create an unfair advantage for those who are related to the person in charge. A study found that 81% of students think that nepotism is an important factor when recruiting someone, yet only 6% of human resources professionals agree. [1]

What Are the Causes of Nepotism in the Workplace?

While there is no single cause of nepotism in the workplace, it often arises from a combination of factors, such as tribalism, poor management, cost-cutting, and risk aversion. By understanding the causes of nepotism, organizations can take steps to prevent it from occurring.

More than 20% of American and 28% of Danish male workers end up in the same organization as their fathers by the time they turn 30. In Canada, that number is 40%. [2] These numbers show that nepotism is well and alive in many societies. The reason behind it could be tribalism.

Tribalism describes the instinctive loyalty that members of a group feel towards one another. This loyalty is often based on shared values and experiences, and it can lead people to form close-knit communities. In many cases, tribalism is a positive force that helps people to connect with others and build strong relationships.

Tribalism can also have negative effects, causing people to view outsiders with suspicion or hostility and lead to nepotism. When tribalism and nepotism are combined, it can lead to a situation where unqualified individuals are given positions of power and a feeling of us vs. them.

There are a few ways to overcome tribalism in the workplace. One is to get to know people from other departments and companies. This can be done by attending networking events or setting up informational interviews. Another way to overcome tribalism is to celebrate diversity. This can be done by hosting events that promote cultural awareness or having employees share their stories about how they celebrate their culture at work.

Finally, it is important to encourage employees to see themselves as part of a larger community. This can be done by involving employees in charity work or organizing company-wide volunteering days. By taking these steps, companies can help to overcome tribalism and nepotism and create a more cohesive environment.

A recent report found that 75% of employees are frustrated with their managers. Among the top causes of frustration was favoritism of other employees (27%). [3] Favoritism and nepotism often go hand in hand.

When managers fail to lead effectively, it can open the door to nepotism. Employees who are unproductive or who constantly create conflict can create an environment of fear and insecurity. As a result, employees may start to form cliques and engage in favoritism. When this happens, it can be difficult for managers to make fair and objective decisions. Instead, they may start to show favoritism towards family members or friends, leading to a culture of nepotism.

In addition, when managers fail to address issues of nepotism, it can signal to employees that this behavior is tolerated. As a result, nepotism can become entrenched in an organization, making it difficult to change.

Ultimately, effective management is essential for preventing nepotism from taking root. One way to do this is to establish clear policies and procedures regarding hiring and promotions. making it clear that family ties will not be given preferential treatment. Additionally, managers should avoid giving preferential treatment to any employees, regardless of their relationship to the company.

By taking these steps, businesses can create a level playing field that discourages nepotism and promotes fairness in the workplace.

Nepotism often exists among the wealthiest - dads in the richest 10 percent of Americans are more than 1.5 times as likely to share an employer with their sons than the lowest earning 10%. For example, the sons of senators are 8,500 times more likely to become senators than other Americans. [4] Despite this fact, nepotism often stems from trying to reduce costs.

Many businesses engage in cost-cutting measures in order to improve their bottom line. When businesses cut costs, they often do so by reducing the number of employees. This can lead to a situation where family members are more likely to be hired because they can be trusted to work for less pay.

This can lead to lower quality work, as those hired are not necessarily the most qualified for the job. Ultimately, while trying to save money may seem like a good idea at first, it can actually lead to greater expenses down the road.

So how can companies cut costs without resorting to nepotism? One way is to focus on automating certain processes. This can help to reduce the need for manpower, while still maintaining quality.

People tend to be risk averse when it comes to their careers. Syracuse University professor Ralph O. Swalm conducted a study of risk attitudes among 100 executives. He concluded that often decision-makers are unwilling to take even rather attractive risks for the company. He highlights the fact that CEOs are often evaluated on their long-term performance, but low-level managers "bet their careers on every decision they make — even if outcomes are negligible to the corporation as a whole." [5 ]Hence, managers want to avoid risk and choose easy solutions, and not necessarily those that could benefit the company the most.

So, managers want to work for companies that are stable and unlikely to downsize. They want to work with people they know and trust. And they want to be in an environment where they feel comfortable. As a result, people are often more willing to hire friends and family members, even if they are not the most qualified candidates.

This phenomenon can create an environment where people are less likely to take risks, which can stifle innovation and creativity. While there are some benefits to hiring friends and family members, such as increased loyalty and trust, the downside is that it can lead to a less diverse and more insular workforce.

While there is nothing inherently wrong with giving preference to known and trusted individuals, doing so can lead to a lack of diversity, cronyism, and other problems. And yet, risk aversion is difficult to overcome. One way to do so is through education and awareness: by understanding how risk aversion can lead to suboptimal decisions, businesses can take steps to mitigate its effects.

Another approach is to encourage "thinking outside the box" and taking risks in safe environments, such as through simulation exercises. Ultimately, though, addressing risk aversion will require a concerted effort on the part of businesses and individuals alike.