Nepotism in the Workplace: What You Need to Know 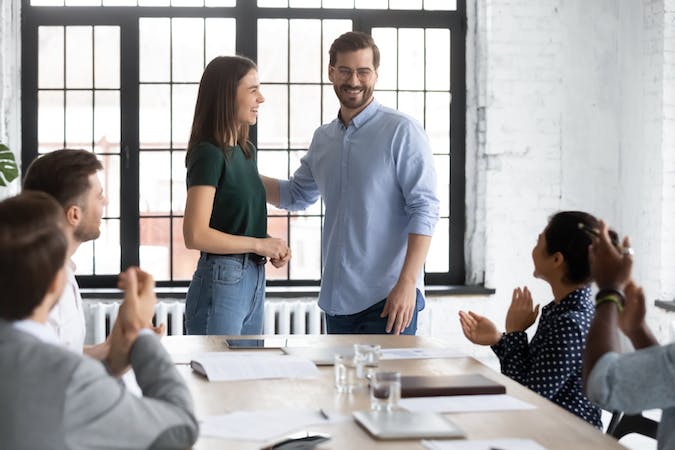 It's no secret that family members often help out friends and relatives when they're looking for a job, but is this practice always fair to other candidates? In many cases, nepotism can give someone an unfair advantage in the hiring process. Let's take a look at some of the causes and effects of nepotism in the workplace.

What Is Nepotism in the Workplace?

Nepotism in the workplace is the practice of hiring or promoting family members or close friends, regardless of their qualifications. While it can take many forms, nepotism is generally thought of as a form of workplace discrimination.

For example, if two equally-qualified candidates are up for a promotion, and the boss gives the job to his son-in-law, that would be an example of nepotism. Nepotism can also occur when someone with less experience is hired simply because they know the boss.

In some cases, nepotism can be beneficial, especially if the person being hired has the necessary skills and qualifications. However, in many cases, nepotism creates an unfair workplace where qualified individuals are passed over for promotions or jobs simply because they don't have the right connections.

What Are the Causes of Nepotism in the Workplace?

Nepotism has been a part of workplace culture throughout human history. From monarchies to running a family business, nepotism is an integral part of many cultures. But, what causes nepotism to arise in modern offices?

Examples of Nepotism in the Workplace

Nepotism extends beyond simply hiring family members for certain positions. It can include demonstrations of favoritism, unfair promotion, as well as using positions of power to positively impact a family member. Some famous examples of nepotism are:

Effects of Nepotism in the Workplace

While there are some benefits to hiring friends and family members, nepotism in the workplace can have several negative effects on the psychological climate of a company.

How to Deal with Nepotism in the Workplace

Nepotism at work can cause other employees to feel frustrated, undermined, and unmotivated. Although it is a common occurrence, there are several ways to help a business succeed in effectively preventing unhealthy nepotism.

What Is the Difference between Favoritism and Nepotism?

There is a big difference between favoritism and nepotism, though the two terms are often used interchangeably.

While favoritism can be unfair, it isn't necessarily illegal. Nepotism, however, can be considered a form of discrimination if the person hired is not qualified for the position. As a result, it's important to be aware of the difference between the two terms.

Is Nepotism a Form of Discrimination?

In many family-owned businesses, nepotism is common practice. While this may be seen as a form of discrimination by some, it is not necessarily harmful. In fact, family members often make great employees because they are familiar with the business and its values. They may also be more loyal and committed to the company than non-family members.

However, nepotism can become a problem if a family member is hired simply because they are related to the owner, rather than because they are the most qualified candidate for the job. In these cases, it can lead to discrimination with the exclusion of talented employees who are not related to the owner. Ultimately, whether or not nepotism is harmful depends on the specific circumstances of the business.

What Can HR Do about Nepotism?

One of the most difficult challenges facing Human Resources is how to deal with nepotism. On the one hand, entitlement nepotism, where employees feel entitled to special treatment because of their family connections, can lead to resentment and low morale among the workforce. So what can HR do to stop harmful nepotism from taking root in the workplace?

Is Nepotism Illegal in the Workplace?

Although cultural norms nowadays often cast nepotism as discrimination, it isn't plainly illegal in either the UK or the US.

In the US, there are laws prohibiting public officials from hiring family members in many states. In other states, conflict of interest laws can be called upon to contest such cases. However, for the average office, nepotism is not classed as illegal.

In the UK, there are no official legal restrictions on nepotism. However, charges can be made over discrimination in workplace practices.

Is Hiring a Cousin Nepotism?

A cousin is a family member and therefore hiring a cousin would indeed count as nepotism. However, individual factors should be considered when assessing whether this form of nepotism is problematic.

Can Nepotism Be a Good Thing?

Of course, nepotism can have a positive effect in certain circumstances. Many family businesses are built on the principle of nepotism - hiring family members to work in the business.

One positive effect of this practice is that family members are more likely to be loyal to the business. They have a personal stake in the success of the company, and they are less likely to leave for another job.

Another positive effect is that family members often have a strong relationship with one another, which can help to create a positive and supportive work environment.

Finally, family members who work together can often better understand and relate to one another, leading to improved communication and cooperation. While nepotism can have some downsides, it also has the potential to create a strong and loyal workforce within the right circumstances. Unfortunately, however, it often stretches far beyond the territory where it could be considered appropriate.