Favoritism in the Workplace: A Complete Guide 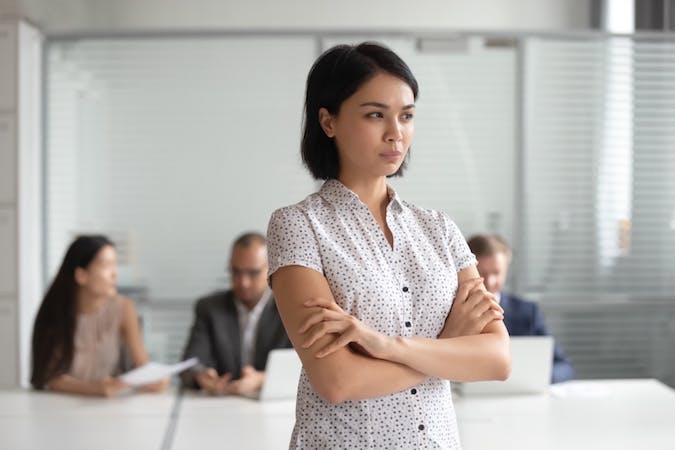 In any workplace, favoritism is always a possibility. Whether it's between coworkers or managers and employees, favoritism can lead to tension and conflict. Handling favoritism in the workplace can be tricky, but there are some steps you can take to minimize the negative effects it can have on your job.

What Is Workplace Favoritism?

Workplace favoritism is an act of preference for an individual or group at work. There are many reasons why a manager or leader might show favoritism, but it can often lead to tension and conflict among employees. Those who feel they are being treated unfairly may become resentful, while those who receive special treatment may begin to feel entitled. In either case, favoritism can damage morale and performance, and create an atmosphere of distrust.

What Causes Favoritism in the Workplace?

When a manager favors certain people, the other employees feel uncomfortable but also anxious to find out the reason. Here are some causes of such preferential treatment:

The most common cause of favoritism occurring at work is the manager knowing an employee on a personal level. This could be because they are related or knew each other before they worked together, but it can also be because they developed a personal friendship after meeting through work.

Embedded discrimination can cause a manager to view a particular employee in a skewed way. This can be due to common biases against protected characteristics such as women, certain races, or LGBTQ+ people. However, it could also take the form of more personal discrimination (e.g. a manager had a bad experience with a staff member from Liverpool and has since developed a distrust for people with that accent.) This is known as the halo effect - a profoundly common phenomenon in which a person makes a snap judgment about another based on certain perceived traits. [1]

Despite being the reason for many ethical decisions in the workplace, empathy is largely biased toward those we feel similar to. Yale Psychology professor, Paul Bloom explained "I actually feel a lot less empathy for people who aren’t in my culture, who don’t share my skin color, who don’t share my language. This is a terrible fact of human nature, and it operates at a subconscious level, but we know that it happens."[2] Furthermore, because empathy involves emulating the feelings of others, it can lead us to feel overly concerned for more expressive people and ignore the plight of people who are more introverted.

Many historical studies have shown how humans are biased toward more attractive people, and nowadays, there is evidence that this affects the workplace. For example, a 2005 Harvard study showed that employers were prepared to give attractive candidates 10.5% higher salaries than other employees.[3] These biases are unconscious, meaning that we genuinely believe an attractive person is more competent regardless of their actual skills.

Some bosses may treat an employee favorably because they share the same communication style. This could be that they are equally expressive, share a level of confidence, or have similar body language. It could also be that they are both more or less inclined to emotional disclosure, or to have very straight-talking discussions about the business. Communication is the gateway to bond-building, which is why bosses may favor those they can click with in a discussion.

Effects of Favoritism in the Workplace

Unfair treatment from an office manager can negatively affect everyone, including the favored employee. Here are some prominent ways this happens:

You may also read our article on the Effects of Favoritism in the Workplace to learn more.

Why Workplace Favoritism Is Bad for Business

Playing favorites can also create problems for a company. Not only will staff view the company differently, but their behaviors will likely be affected, too.

Examples of Favoritism in the Workplace

You may also take a look at our post on the Examples of Favoritism in the Workplace for further information.

What Are the Types of Favoritism?

Favoritism occurs for any number of complex reasons, but we can categorize most cases within four main groups:

How To Deal With Favoritism in the Workplace

Favoritism at work can create a feeling of unfairness and can lead to low morale and decreased productivity. If you suspect that bias is occurring in your workplace, there are a few steps you can take to address the issue.

How Do You Prevent Favoritism?

How Do You Combat Favoritism?

For more information, see our article on How to Deal With Favoritism in the Workplace.

What Is the Difference Between Favoritism and Nepotism?

For more information, see our article on Nepotism vs Favoritism in the Workplace - What Is the Difference.

Is Favoritism a Form of Discrimination?

If a manager chooses a favorite based on that person's age, gender, race, pregnancy status, ability, or sexuality, then that would constitute discrimination.

Is Favoritism in the Workplace Illegal?

It is only illegal if that discrimination is based on a protected characteristic such as race, age, sex, etc. If the favoritism is based on something more subtle such as a personal liking, it is difficult to prove and does not necessarily cause legal issues.

Can Favoritism Be Good for Workplace?

Favoritism involves treating certain people better due to bias rather than merit. While some level of competition between staff is healthy, it is not the case with favoritism. This is because the attributes being measured are often arbitrary qualities, such as how much time the employee spends socializing with the boss. For this reason, favoritism can create a neurotic and unpredictable work environment - this is not good for the workplace.

Is Favoritism an Ethical Issue?

Favoritism is unethical but common and difficult to prove. Because it is not largely a prosecutable issue, an HR department or a boss should treat it as an ethical issue to be worked on internally. By setting the same standards for the whole company, favoritism should become a less common practice.

How Do You Know if Your Boss Favors You?

You may notice others in your team are more stressed. Upon reflection, it might become clear that more stress and expectation are being placed upon their shoulders. Your boss may appear overly friendly with you, offer you a raise without a clear reason, or give you praise in situations where you don't feel like you accomplished very much. There are many other ways a boss may show a preference for you - the key is to reflect on your work experience in comparison with your colleagues.

How Does Favoritism Affect an Adult?

As an adult employee, being treated unfairly will have negative repercussions on mental health and work ethic. However, an adult would hopefully feel empowered to raise grievances in an assertive way or know the correct channels to go down to report such incidents.