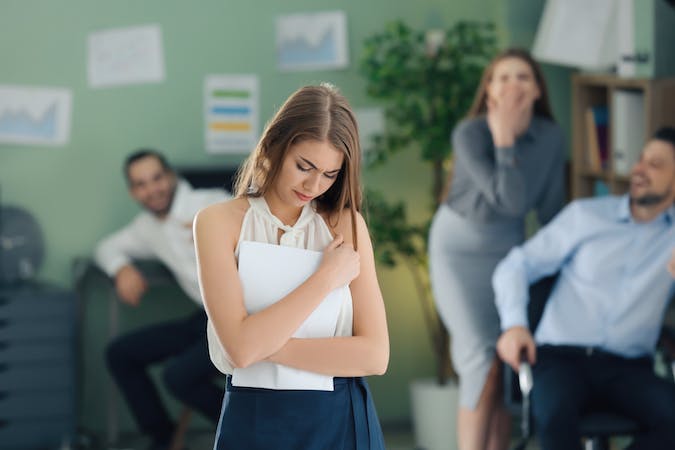 Bullying in the workplace is a particularly common problem. There are three main types of bullying conduct at work: physical, psychological, and cyberbullying. Each type has its own unique features and can be very damaging to the victim's mental health. In this article, we'll take a closer look at various bullying situations so that managers can learn to effectively contribute toward creating a harassment-free and healthy workplace.

What Is Workplace Bullying

Bullying in the workplace is a repeated and deliberate violation of an individual's dignity by one or more other employees. It can take the form of physical, verbal, or psychological harassment, and can have a profound effect on employees' health, both physical and mental. Bullying at work is not simply a case of "a bit of fun that got out of hand"; it is a systematic campaign of victimization of the person harassed that causes lasting damage.

Types of Bullying in the Workplace

Physical workplace bullying is any type of physical aggression or violence that occurs in the workplace. This can include everything from minor acts of aggression, such as pushing or shoving, to more serious forms of violence, such as sexual abuse, assault, and battery.

One of the most common possible reasons for physical workplace bullying is a lack of communication. When coworkers do not feel like they can openly communicate with one another, they may resort to physical aggression. Additionally, this type of workplace bullying often arises from power imbalances between employees. Those who feel like they have less power or authority may lash out physically in order to try to assert themselves. Finally, physical bullying can also be a result of stress and anxiety. When employees are feeling overwhelmed, they may take out their frustration on those around them.

According to the Bureau of Labor Statistics, around 21 thousand workers in the private sector experienced trauma from workplace violence in 2019. 68% of workplace violence victims were female, 70% worked in the healthcare and social assistance industry, and 21% required 31 or more days away from work to recover. [1]

Physical workplace bullying can be illustrated through these examples:

Psychological bullying in the workplace is a persistent pattern of behavior that seeks to belittle, undermine, humiliate, or otherwise cause distress to a targeted employee. This type of bullying can take many different forms, but all share the common goal of diminishing the victim's sense of self-worth and contributing to a hostile work environment. Psychological bullying can be particularly insidious because it often goes undetected by management and HR due to its subtle nature.

The first reason why this type of bullying occurs is the fact that a workplace can be a highly competitive environment, and some employees will go to great lengths to get ahead. Second, power imbalances can lead to psychological bullying, as those in positions of authority may use their power to intimidate or control others. Finally, workplace cultures that value productivity over well-being can create an environment where psychological bullying and harassment are tolerated or even encouraged.

Here are a couple of examples of psychological bullying at work:

Cyberbullying at work is a growing problem. With more and more employees spending time online, it's becoming easier for bullies to anonymously target their victims. Cyberbullying at work can take many forms, but some common examples include sending threatening or derogatory messages, posting embarrassing photos or videos, spreading rumors or lies about someone, or deliberately excluding someone from work-related events.

The reason why cyberbullying may occur in the workplace is that the internet makes it easier for workers to communicate anonymously, which allows people to say things that they would never say to someone's face. Secondly, a workplace is often characterized by a hierarchy, with some employees holding more power than others. This power dynamic could encourage someone as a workplace bully, as those in positions of power may attempt to control or belittle those who are lower on the totem pole.

Here's how cyberbullying can play out at work: