Systemic Discrimination in the Workplace: Causes and Solutions 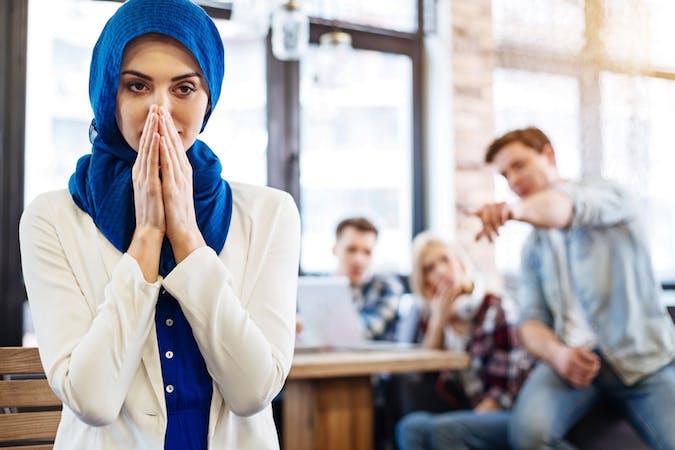 It's no secret that systemic discrimination exists in the workplace. But what are its causes, and what can be done to address them? This article will explore those questions and offer some solutions. By creating a more equitable work environment, we can all benefit from a more productive, engaged workforce.

Discrimination in the workplace can take may take different shapes and forms, however, the most common ones are direct and indirect discrimination, victimization, harassment, intentional and unintentional, and reverse discrimination. Another prevalent form is systemic discrimination - we will discuss it in this article.

What Is Systemic Discrimination in the Workplace?

Systemic discrimination, also called institutionalized discrimination, refers to an ongoing organization's policies, systems, or practices that seem to be neutral at a first glance but may have a discriminatory outcome on people based on a protected group, such as age, race, gender, sexual orientation, and so on.

How Can Systemic Discrimination Occur in the Workplace?

There are many reasons why a workplace may have policies or practices that treat a particular group of employees unfairly. Here are a few:

People often feel more generous and welcoming towards those who share their interests, values, or experiences. For example, people tend to be friendlier with other in-group members than outsiders. This means we may treat people from outside our social circle less favorably because they don't understand us.

The US has a strained history when it comes to racial disparities, and this is largely due to residential segregation. This separation kept black people separate from white, while also preventing mixing between the groups, leading to racial discrimination.

The media often portrays minorities in a negative light, perpetuating the false belief that they are somehow less worthy or capable than the majority group. This can lead to real-world discrimination, as people treat minorities poorly based on their false beliefs about them.

The media also tends to focus on the differences between groups rather than the things that we have in common. This “Us vs. Them” mindset can fuel animosity and hatred between groups, leading to discrimination.

While it may seem counterintuitive, passivism can actually contribute to systemic discrimination. When individuals passively allow discriminatory behaviors to go unchallenged, they are effectively condoning those behaviors.

Moreover, by remaining passive in the face of discrimination, individuals send the message that they are powerless to stop the mistreatment. This can further embolden those who engage in discriminatory behaviors, leading to a vicious cycle of abuse.

Examples of Systemic Discrimination in the Workplace

Systemic workplace discrimination is a type of discrimination that is built into the policies, practices, and procedures of an organization. It can have a disparate impact on certain groups and can prevent employees from having an equal opportunity to thrive.

EEOC lists some of the common examples of systemic discrimination at work.

Many companies have fetal protection policies, that typically restrict or prohibit working conditions that could pose a risk to a developing fetus. For example, a pregnant woman might be barred from working with hazardous materials or working in an environment where she would be exposed to loud noise. While such policies are designed to safeguard the health of both mother and child, they can also have a significant impact on the careers of pregnant women.

It's not unusual for employees to be asked to sign a waiver of liability for their protected characteristics. While these waivers may seem like a simple way to protect the company from lawsuits, they can actually do more harm than good. For one thing, they can create an environment of fear and mistrust, as employees may feel that they can't speak up about discrimination or harassment for fear of losing their job.

While mandatory retirement layoff policies are not currently illegal, they may be discriminatory. Such rules, age-based limits and layoffs often disproportionately impact older workers, who may have more difficulty finding new employment. Moreover, mandatory retirements can force workers to leave before they are ready, leading to financial insecurity in retirement.

In recent years, the Me Too movement has shone a light on the problem of sexual harassment and discrimination in the workplace. While this is an issue that affects people of all genders, women are disproportionately affected by unwelcome sexual advances and systemic discrimination. This is often compounded by the fact that women are often expected to stay silent about discrimination of a sexual nature in order to maintain their jobs or protect their careers.

Nearly 60% of American workers are in occupations that are segregated by race or ethnicity. For example, African Americans are disproportionately represented in low-wage jobs, while Asians are more likely to work in high-wage professions. Segregated occupations often provide few opportunities for networking or mentorship, which can make it difficult for members of minority groups to advance in their careers.

How Do You Identify Systemic Discrimination in the Workplace?

There are various types of discriminatory policies that can signal systemic discrimination. Here are some of them:

How To Prevent Systemic Discrimination in the Workplace

To prevent systemic discrimination in the workplace, take these steps:

How Do You Address Systemic Discrimination in the Workplace?

It is only through sustained attention and initiative that organizations can effectively combat discrimination. Here are some necessary steps you need to take in addressing systemic discrimination:

Systemic discrimination can be intentional, as when laws or policies explicitly favor one group over another, or it can be unintentional - the result of unconscious bias or history, for example.

There could be policies and practices in place that encourage physical ability, national origin, sexual orientation, or age discrimination, without employers being aware of it.

Regardless of its origins, systemic discrimination can have a profound and negative impact on those who are subjected to it and always results in a toxic organizational culture.

If an employee is experiencing systemic discrimination at work, they can try reporting it to their seniors, filing complaints in their workplace, or contacting Acas (UK) or EEOC (US) for further advice.

Discrimination refers to the unfair or unequal treatment of individuals based on their belonging to a particular group.

Systemic discrimination, on the other hand, is enshrined in the laws, institutions, and practices of a society. It can be harder to identify and eradicate than individual acts of discrimination because it often operates on a subconscious level.

For example, consider the issue of gender inequality. Even in societies where women have achieved formal equality under the law, they may still face disparate treatment in areas such as education, employment, and political participation. This is because gender inequality is not just a matter of individual attitudes; it is also ingrained in many of the systems and structures that make up our society.

Where Can Systemic Discrimination Occur?

Systemic discrimination exists anywhere there is a system in place that gives one group of people an advantage over another. This can happen in education, employment, housing, and even within government institutions.

Systemic discrimination has been a problem for years, both in the workplace and outside of it. Though it is slowly being addressed, more work needs to be done to eliminate it. However, change will not happen overnight. It is important to continue raising awareness about this issue and working together to find solutions for it.