Reverse Discrimination in the Workplace: What You Need to Know 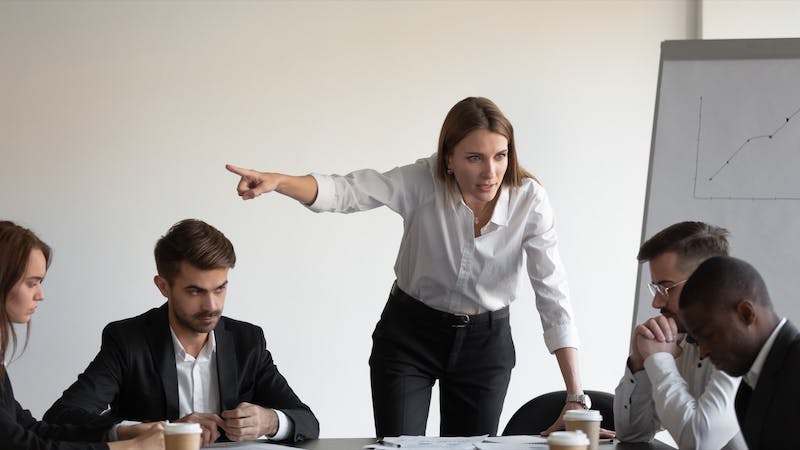 Reverse discrimination has been a hot-button issue for years, but is it really prevalent? Many of us feel this term is distasteful and that the concept of "reverse discrimination" counteracts years of progress in equality. However, over recent years there have been many cases of legal action against organizations due to reported reverse discrimination. This article weighs both sides of the argument and aims to help workplaces navigate this complex and troublesome issue.

Workplace discrimination can manifest in a variety of ways, but all are important to know about. Direct and indirect discrimination, victimization, harassment, systematic, reverse, and intentional discrimination are some examples of employment bias. Reverse discrimination is a lesser-known form of bias, but over recent years, has been the topic of some heated discussions.

What Is Reverse Discrimination?

The term "reverse discrimination" is used to describe a situation in which an individual or group is treated unfairly because they hold a privileged trait. For example, if a boss only gives raises to female employees, believing this will redress the balance when it comes to sexism in society. Of course, this would cut out male employees from important financial incentives and career progression.

However, because society still has overwhelming issues with discrimination against minorities, the idea of reverse discrimination is often seen as an argument against equal rights movements. This topic often stirs up heated debates surrounding privilege and equity.

Some people argue that any form of discrimination is wrong, regardless of the motive. Others believe that actions of equity are necessary in order to compensate for years of oppression faced by marginalized groups. There is no easy answer, and the debate continues to rage on.

What is the Difference Between Affirmative Action and Reverse Discrimination?

Though the terms are often used interchangeably, affirmative action and reverse discrimination can be distinguished from one another. Affirmative action is a set of policies and programs designed to improve opportunities for minorities and women in the workplace. These programs can include everything from targeted recruitment and hiring to educational outreach and training initiatives.

While affirmative action programs may result in some majority group members being passed over for jobs or promotions, these programs do not seek to cause harm to any individual.

Legally, reversed discrimination cases tend to focus on instances where a person or group of people were treated unfairly due to their majority status. This could be a group being completely passed over for hiring or even unlawfully dismissed from their previous post.

How Can Reverse Discrimination Occur in the Workplace

Although in some cases, this form of discrimination may simply be classed as equity (offering help to certain groups in order to redress imbalance), in other cases, it can take on more harmful forms such as social exclusion or harassment.

Creating barriers to promotion or success

An employer may give preference to employees of a certain race or gender when making hiring or promotion decisions. Or, an employer may create separate standards for different groups of employees, such as having different physical fitness requirements for men and women.

In such cases as the latter, there would need to be valid reasons for the difference in requirements. Issues such as these become much more complex when we take into account indirect discrimination claims, which are defined as a rule or system that negatively impacts people of certain groups.

Only hiring people of a certain protected class

Some hiring decisions are made to create more balance in the workforce, which is productive. However, some companies may only hire workers of a protected class due to embedded prejudice that they are harder working than the dominant class. This can incur legal action, with several large-scale cases in the US having already been won in the courts.

Many companies operate on a case-by-case basis when allotting pay to staff. However, certain managers may be more inclined to award higher pay to staff with a protected characteristic, such as women. While this may seem to some like an effective way to tackle income inequality, it can lead to feelings of resentment between employees and leave some suitably qualified candidates from a majority group getting less than they deserve as an individual.

In some cases, workers from a majority group may be subject to harassment without any reason other than their skin color, social class, or gender.

For example, an upper-class white male may be subjected to harsh teasing by colleagues because, to them, he represents their experience of oppression. Although as a whole, majority groups benefit from more privileged livelihoods, on an individual basis, this is not always the case. For some individuals, being judged and treated unfairly can add to a pile of pre-existing traumas or personal-life issues. For this reason, workplaces should be sure that nobody is harassed, regardless of class. Any form of mistreatment is unprofessional and has a negative impact on the psychological climate of a workplace.

Exclusion can take many forms, from an individual being left out of important meetings to feeling like they don't fit in with the company culture. Although not necessarily illegal on its own, exclusion can have a negative impact on an individual's mental wellbeing and on the company culture at large. If left unchecked, it can create a toxic environment that breeds resentment and division.

In the United States, there have been several high-profile reverse discrimination claims that have resulted in large financial settlements. In the United Kingdom, there has also been some legal action in recent years regarding the phenomenon of reversed discrimination.

Evidently, certain well-meaning policies can backfire if not handled carefully. Organizations should be careful to implement policies and changes in a way that does not cause harm to existing employees or certain groups.

How Do You Identify Reverse Discrimination at Work?

Due to the relatively unprecedented nature of this topic, it can be difficult or uncomfortable to make such a distinction. For this reason, we will focus on ways to handle more overt instances of reverse discrimination, such as unfair dismissal or unbalanced pay scales. Here are a few important steps to take when potentially identifying these forms of discrimination:

How Can Reverse Discrimination Be Prevented in the Workplace?

How To Handle Reverse Discrimination

Although it is still relatively unprecedented in legal terms, successful legal action has been conducted surrounding issues with reversed discrimination so it can therefore be determined that provable instances are illegal.

Can You Sue for Reverse Discrimination?

Again, this depends upon the instance. In circumstances where notable, avoidable harm has been caused to individuals due to their dominant characteristic - yes, it is possible to file discrimination lawsuits.

What Is the Significance of Reverse Discrimination?

In an imperfect world where resources are finite and guidelines are not always written, it is granted that new changes will cause issues for some. These changes may be carried out heavy-handedly and with data in mind, rather than people. However, cases such as these are an indicator that large societal change is happening in order to create a fairer world, which is, overall, a very positive thing.