Nepotism vs Favoritism in the Workplace - What Is the Difference 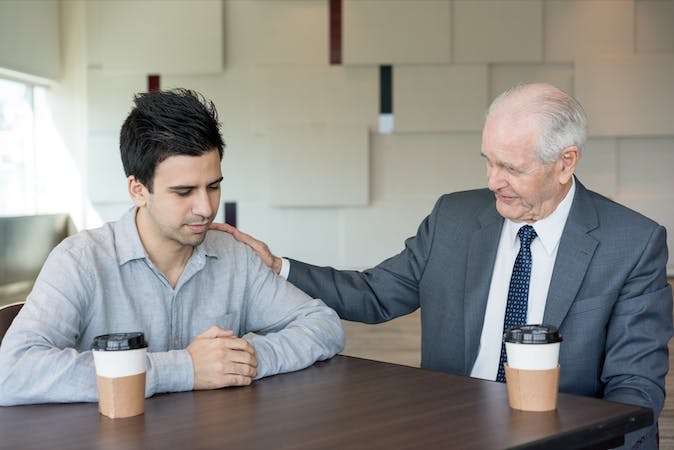 When it comes to the workplace, there are a lot of words and phrases that are thrown around without a lot of explanation. Nepotism and favoritism are two of them. How are they different and which one is worse for the office environment? In this article, we will break down the difference between these two terms.

What Is Favoritism in the Workplace?

In the workplace, favoritism (from the Latin word meaning showing kindness) is the practice of unfair favoring of one person or a group over others. This can take the form of giving such person or people promotions, raises, plum assignments, or even small perks like preferable parking spots.

Favoring someone can occur intentionally or unintentionally and is most often the result of biases that a person holds about others.

For example, if a boss comes from a certain ethnic background, she or he may unconsciously favor an employee of the same ethnicity. Or, a manager may be an outgoing extrovert who prefers having a working relationship with a person that has a similar personality to his own.

While there is nothing inherently wrong with showing favor to certain workers in the company, it can become a problem if it is done excessively or without justification. Unfair favoring of someone can create an environment of resentment and jealousy, and it can lead to feelings of unfairness and discrimination.

For additional information, see our article on Favoritism in the Workplace: A Complete Guide.

What Is Nepotism in the Workplace?

Nepotism in the workplace, coming from the Italian word for nephew, refers to favoring relatives in hiring and promotion decisions. The term originated with the catholic popes, who often appointed their nephews to high-ranking and important positions in the church. Nepotism was already criticized in ancient times by several philosophers, including Confucius and Aristotle, as being both evil and unfair.

Today, nepotism still has influence in many fields - from business to politics and sports. Two main forms of nepotism at work are hereditary (appointment of family members and relatives to the office) and matrimonial (appointing an employee's spouse to the same organization or department where the employee already works). [1]

When it comes to nepotism in organizations, it can have both positive and negative effects. On the positive side, nepotism can create a sense of loyalty and trust within an organization. It can also lead to better communication and coordination, as the staff is more likely to trust and confide in relatives or personal friends.

However, nepotism is mostly negative as it can foster resentment and distrust among team members who feel they were passed over for a promotion because they are not relatives or family of the boss.

Is Favoritism the Same as Nepotism?

In business, the two words are often used interchangeably, but they actually have distinct meanings.

While the two concepts are similar, they are not the same.

What Is the Difference between Favoritism and Nepotism?

Both favoritism and nepotism involve providing preferential treatment to a certain person or a group, but there is an important distinction between the two. So nepotism vs favoritism - what are the differences?

Is Nepotism a Form of Favoritism?

Favoritism is the broadest of the three terms, and it means partiality based on being a part of a favored group.

Nepotism, simply put, is favoring granted to relatives, therefore it is a form of favoritism.

Another less common form of favoritism is cronyism, which refers to the act of appointing personal friends and associates to important positions, regardless of their qualifications.