Effects of Favoritism in the Workplace 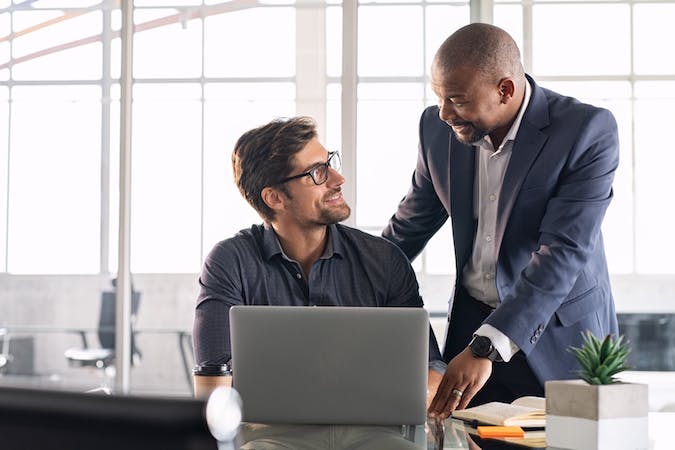 No one likes to feel like they are being left out or that someone is playing favorites. Unfortunately, though, favoritism in the workplace is a very real thing, and it can have harmful effects on employees. This article will explore some of the ways favoritism can hurt employees and what you can do to avoid it.

What Is Workplace Favouritism?

Workplace favoritism is the act of discriminating in favor of one person or group over another at work. Managers and leaders may give preference for a variety of reasons, but it is frequently followed by conflict and tension among staff. Those who feel they are being wronged may become angry, while those who get preferential treatment may develop an attitude of entitlement.

For additional information, see our article on Favoritism in the Workplace: A Complete Guide.

How Does Favoritism Affect the Workplace?

Favoritism is a prevalent form of workplace injustice. In one survey, 56% of executives admitted to having favorite employees. [1] Playing favorites has a profound effect on everyone involved, especially on other employees' job satisfaction and company loyalty. Favoritism behaviors also result in negative emotions such as exhaustion and low work motivation. Overall, it is very damaging for any organization.

Below are some of the most prevalent effects of biased treatment of employees at work:

Division within the workforce

Anyone who's ever worked in an office knows that favoritism can be a major issue for team morale. If the boss is constantly giving one employee special treatment, it's only natural for the other workers to start to resent that person. And when resentment builds up, it can lead to all sorts of problems. Employees may start sabotaging each other's work, spreading rumors, or engaging in direct conflict. Favoritism can damage communication lines and make it harder for employees to trust and cooperate with each other.

Another form of division that can be caused by favoritism is demographics. Due to the biased nature of preferential treatment, bosses are more likely to choose favorites of the same gender, race, etc. Centuries' worth of discrimination left a legacy on modern workplaces. This means most bosses in the western world are white males and their favorites are likely to be more of the same. Such attitudes can perpetuate outdated, prejudiced workplace cultures. Studies have shown that this is equally the same for nepotism and cronyism in hiring - in this way, a workplace becomes more demographically monotonous as it fills up with the friends and family of those in power. [2]

Lower motivation for other employees

One reason favoritism is terrible for workplace morale is that it can lead to lowered motivation among employees. If a business owner treats only certain employees with respect, it gives the impression that hard work is unappreciated and that it is fruitless to even try. This can lead to a decrease in productivity and morale, which would ultimately be damaging to business.

Another way favoritism affects motivation is by influencing their perspective on the company as a whole. If a manager does not engage in open communication or treat employees fairly, but the workplace doesn't tackle this issue, it makes the business seem less competent and more likely to fail. Furthermore, good social connections in the workplace are essential for building esteem surrounding the product or service the organization offers. Without such relations, an employee is less likely to take pride in their work or see value in the company.

When favoritism creeps into the corporate culture, it causes feelings of inadequacy and inferiority in those who are not receiving the same amount of consideration. This can lead to a decrease in self-esteem, as well as a feeling of powerlessness.

Additionally, this favoritism can have a negative impact on team morale, as it can create a sense of competition and resentment among employees. As humans are social beings, our relationship with others is an important factor in our feelings of safety, happiness, and self-confidence. In such an atmosphere, workers can feel inefficient at communicating as well as achieving their work goals. When a company's culture is tarnished by poor management, it can harm the affected individuals and stop them from doing their best work.

As favoritism has such a negative effect on self-worth, it is understandable that it can infect our broader mental health as well. When staff compares themselves with favored employees, they may become stressed and anxious, which can build up over time and eventually lead to depression.

Additionally, favoritism can foster a sense of distrust and resentment among coworkers, eroding morale and reducing productivity. This can further heighten stress levels, particularly for staff members who are sensitive to conflict.

Finally, favoritism can lead to a feeling of purposelessness, as employees who don't feel valued may lose motivation and become disengaged. In fact, one study showed that practicing favoritism increased the likelihood of employees experiencing burnout by 23%. [3] As we spend so much of our waking lives in employment, negative feelings regarding our job or our purpose can drastically harm our mental wellbeing.

Whether it's the proverbial "good old boy's club" or just plain nepotism, favoritism can have a negative impact on morale and job performance. When employees don't feel like they are being treated fairly, it can lead to a lack of trust and motivation. This builds a hostile environment that decreases productivity and collaboration, as team members become more siloed and less likely to work together.

Group performance is key in many industries and when employees can't communicate on a personal level, it negatively impacts the work performance of the whole team. In the end, favoritism can have a detrimental effect on a company's output and bottom line.

A higher turnover rate is fundamentally tied to lower employee happiness. It is only natural that the malcontent resulting from workplace favoritism would result in other employees jumping ship. This connection between favoritism and intention to leave has been documented in research, showing that unfair partiality can drastically affect a worker's perseverance and sense of job stability. [4]

When favoritism occurs, employees feel they cannot trust the senior executives or the general security of the workplace. When equal treatment is not displayed, it gives employees the unnerving feeling that the organization is not in capable hands.

Interestingly, a study by Central Michigan University revealed that even favored employees experience higher turnover intention than those in companies that prevent favoritism. This is alongside other negative effects, such as emotional exhaustion and interpersonal conflict with co-workers. 5 Their job satisfaction, loyalty to the company, and motivation didn't differ from other employees within the same company. This suggests that a favored employee doesn't have a better time of it than any of the others, so much so that they are increasingly likely to quit.

When a company only promotes select employees, hands out desired tasks to close associates of the general manager, or treats new employees with disdain, this information is eventually passed on to the wider community. Nowadays, with plentiful internet forums and review sites, employers are facing way more scrutiny than ever in history.

Preferential treatment suggests poor management and incoherent company culture. It can also be publicly documented on workplace review sites such as glassdoor.com, affecting the public perception of a company.

If those in a leadership role choose to play favorites, they can be reported either within the workplace, to the HR department, or they may even be taken to court. If an employee feels they have been discriminated against based on their race, gender, sexuality, or other protected characteristic, they are legally entitled to seek compensation. This encompasses exclusion of certain employees from benefits such as promotion or special assignments, but also more invasive negative behaviors, such as sexual harassment.