Costs of Bullying in the Workplace 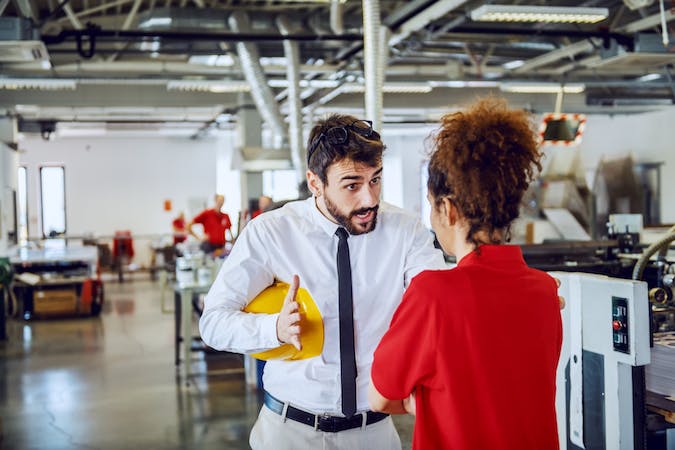 Bullying in the workplace is first and foremost a wellbeing issue. Staff need to feel welcome and supported in order to thrive. But what about the financial effects of workplace bullying? In this article, we look at studies and crunch numbers from recruitment to legal costs, in order to illustrate how detrimental it can be to harbor abuse in the workplace.

The term refers to a repeated pattern of mistreatment at work, that causes physical or emotional suffering. It may include everything from nonverbal to verbal abuse, psychological, and even physical abuse, as well as humiliation. This can also include work interference or sabotage.

How Much Does Bullying Cost Companies?

Not only do workplace bullies hurt people, they sap the company as a whole. According to a recent study, workplace bullying costs Australian companies between $6 and $36 billion each year when hidden and missed business opportunities are taken into account.[1] In the UK, the economy is estimated to have £18 billion wasted annually because of the same issue.[2] We can see from countless studies that bullying at work has a terrible impact on economies across the globe.

This can be attributed to many factors. Bullying is likely to increase turnover, lower staff morale and enthusiasm, decrease innovation, and in extreme cases, it can cause legal suits as well as tarnish the company name.

The Root of the Problem - How Does Bullying Hurt Business Finances?

Being bullied can have intensely damaging effects on a person's self-esteem. Firstly, wondering why it is happening - whether the workplace bully was simply offended by something, or whether they are being singled out because they are somehow inept. These combined stressors can make going to work feel psychologically unsafe.

When the bullying continues for a prolonged time, it can begin to have negative health implications. The symptoms of stress can include a lowered immune system, fatigue, or even heart problems.

Studies have shown that the victims of health-harming mistreatment are naturally more likely to take sick days, resulting in lost time and productivity.[3] In addition, bullying can lead to long-term health problems, which may require employees to take extended periods of sick leave.

For example, a person may develop depression from the stress of bullying, which causes them to require medical intervention and a recovery period of several months. This would require the workplace to pay both sick pay and wages for a replacement worker.

Feeling directly targeted can have a significant effect on the quality and amount of work that gets done. Victims of workplace bullying may become withdrawn and less engaged with their work, leading to lower quality results.

In addition, workplace bullying can create an unpleasant and stressful work environment, which can lead employees to take more sick days or leave the company entirely. This not only lowers productivity but also increases costs for the company in terms of recruiting and training new staff. Furthermore, workplace bullying can damage morale and team spirit, making it harder for employees to work together effectively.

A 2020 study on secondary school teachers who experienced workplace bullying found that there was little or no intervention to address bullying. Teachers who reported long-term maltreatment explained that they felt like their ability to teach was seriously impacted.

One respondent conceded: "It’s as if you had a veil on going in (to work), concrete, stone-faced, do what you have to do, get it over and done with, on automatic."[4]

Workplace bullying can have a serious impact on an organization, both in terms of the financial costs of legal disputes and the potential for damage to its reputation. In some cases, workplace bullying can even lead to serious injury or death. In such horrifying instances as the latter, ensuing court cases have high stakes.

A study by the Workplace Bullying Institute found that out of all cases where bullied employees felt they had achieved justice, 17.2% did so through hiring an attorney.[5] This shows that in many cases, employees feel they do not get adequate help from human resources or senior executives and must instead take matters further than the workplace.

Furthermore, the legal defense can be incredibly costly. According to one US law firm, the average cost to defend a harassment lawsuit is $250,000. If the claimant wins, the average compensation would be around $600,000.[6]

Workplace bullying is a serious and growing problem. UK law firm, Fox & Partners found that claims of this nature had risen by 44% from July 2021 to July 2022.[7] This is believed to be due to the effects of the pandemic, resulting in many more remote workers, poorer communication, and higher stress levels.

A prominent example of legal payouts is a 2014 case against Microsoft. Employee, Michael Mercieca was granted $2 million after an onslaught of bullying. Mercieca had been a star employee but was subject to harassment and a stream of false accusations that eventually led to his termination. The court found that this had occurred after an ex-partner of Mercieca was promoted as his superior.[8]

Intimidation of employees can have a number of negative consequences for a business, one of which is an increased rate of staff seeking a better work environment. When companies don't work to eliminate workplace bullying, employees are regularly subjected to intimidation, threats, or other forms of mistreatment. They naturally become less engaged with their work and more likely to look for a new job.

According to Verywell Mind, workplace bullies are more likely to target those who are skilled, emotionally intelligent, or collaborative.[9] This can happen for a variety of reasons, from feeling threatened or jealous to a need for social control. When such people are pushed out of business, the quality of work suffers.

An important study in China revealed that workplace bullying has a significant impact on employee turnover intention. It also revealed that self-esteem is a key indicator of whether bullying would lead to employees leaving - those with lower self-esteem were more likely to have their confidence knocked by bullying and chose to quit.[10]

With all this in mind, a top worker may be shunned and harassed due to the jealousy of one or more perpetrators. Although they are a highly competent worker, their self-esteem may be too low for them to realize the injustice or seek retribution from HR. In this circumstance, the top worker is likely to leave the company and may even require time off between jobs in order to recover from the psychological damage they endured.

Turnover can harm a company in many ways. Financially speaking, the cost of advertising, interviewing, and onboarding new staff can drain a company's capital. One prominent study reported that it costs on average 1.5 x an employee's annual salary to replace them.11 This shows that when staff leaves due to bullying, the company as a whole suffers.

The figures don't only apply to bullying targets, either, as observers are more likely to experience symptoms of stress than workers in an environment that is free from bullying. One study found that even non-bullied observers were twice as likely to be taking sleeping medication at night, and more than twice as likely to take anxiety medication. [12]

Turnover can also have a ripple effect, meaning that after one person leaves, others are more likely to follow. For example, hypothetically: a talented, bullied employee feels overwhelmed with stress and chooses to leave. Three teammates who witnessed the bullying felt an increase in tension and anxiety at work. They lost respect for their organization and began to feel fearful for their own job security. Seeing their colleague quit sparked them to consider other options and so, within the space of a few months, each of them left the company for other positions. Such incidents are startlingly common, being officially termed as "turnover contagion".[13]

Unfortunately, workplace bullying can have a serious impact on an individual's health. Studies have shown that bullying can lead to increased levels of stress, which in turn can result in a variety of medical problems. These can include everything from heart disease and hypertension to anxiety and depression. In addition, chronic stress can impair the immune system, making individuals more susceptible to illness. As a result, workplace bullying can lead to higher medical expenses for workplaces as they deal with the health problems and absences of their employees. In some cases, these costs can be significant.

A study by the National University of Ireland, Galway, revealed that in the Republic of Ireland, an estimated 1.7 million days of work are lost due to workplace bullying. This costs the national economy around €239 million per year.[14]

Bullied workers are entitled to handsome payouts if the case goes in their favor. For example, here are the maximum payouts a worker can claim in 2022, according to the Australian Workers' Compensation and Injury Management Amendment Act:

For example, if a person suffered a stroke due to unbearable stress from bullying, they would not only be entitled to legal compensation for the moral damage, but they could also claim up to hundreds of thousands for rehabilitation and medical treatment. This is especially true if they suffer lifelong damage such as chronic PTSD symptoms.

When employees are harassed or mistreated, it not only causes low morale and productivity within the workplace but also harms the company's reputation. As a result, potential investors may shy away from investing in the company, and customers may take their business elsewhere.

Amazon has lately been publicly named the "most evil" tech company [16], for reasons ranging from "predatory pricing strategies" to unfair employment practices. For the latter, bullying seems to be a huge but largely concealed issue.

However, there are now numerous stories in the media, covering accounts of verbal, physical, and sexual abuse, inhumane workloads and working conditions, as well as retaliation against those who speak up. One story in the Seattle Times detailed how an Amazon's HR representative was fired for speaking out about verbal abuse and molestation by his superior.[17]

Although Amazon's CEO, Jeff Bezos, remains the richest man in the world, a fierce backlash against his company's practices has recently caused a huge shift in its public perception, even causing the company to abandon a $5 billion project to open a major warehouse in New York City.[18]

2 Culture Shift, 2022, How is workplace bullying and harassment affecting your profitability? https://insight.culture-shift.co.uk/en/privatesector/how-is-corporate-bullying-and-harassment-affecting-your-profitability

6 Palmer, The Financial Costs of Harassment, Bullying, and Abuse in Organizations, http://www.winbeforetrial.com/the-financial-costs-of-harassment.html